Back to Education and training resources

This resources page aims to support Trusts to access training and information about monogenic diabetes and improve the management of MODY.

Monogenic diabetes or MODY are terms to describe a group of conditions with an autosomal dominant inheritance pattern.  This means inheriting a single copy of an affected gene will cause the patient to inherit the same type of diabetes as their parent.

Why do midwives need to know about?

What do midwives need to do about it? 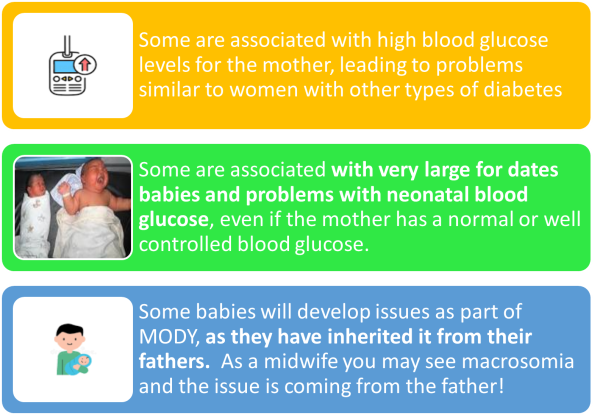 As all forms of MODY are inherited in an autosomal dominant manner, family members of your patient who has diabetes may also have MODY.

Who needs to be tested? 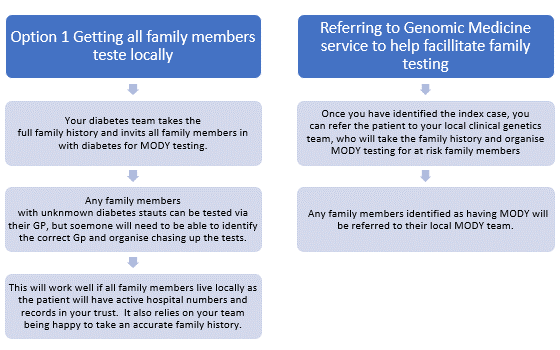 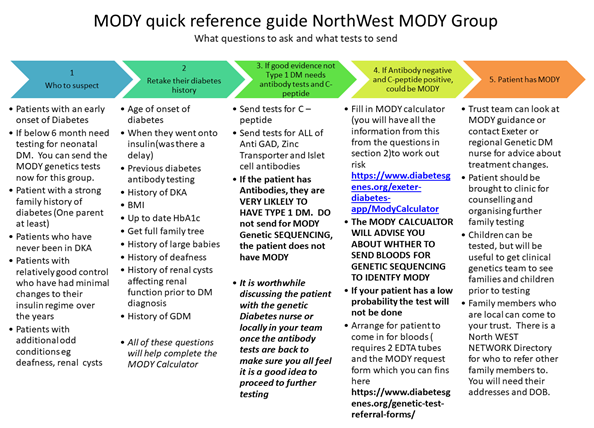 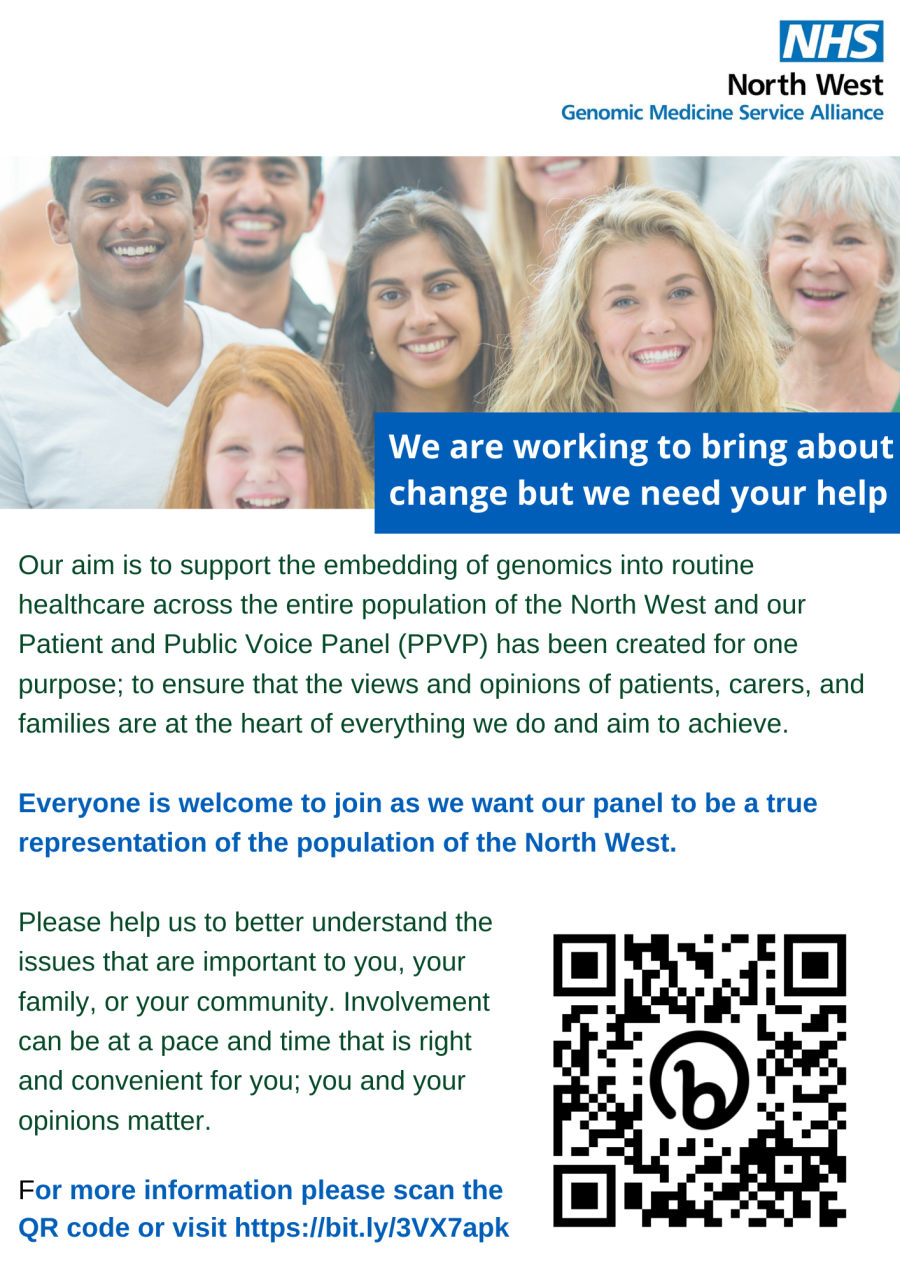 When to consider genetic testing:

What do you need to do:

Ongoing support through GMSA diabetes consultant and GDNs leads to extend / further develop skills (and access to Masterclasses once they are developed). https://www.diabetesgenes.org/training/genetic-diabetes-nurses/